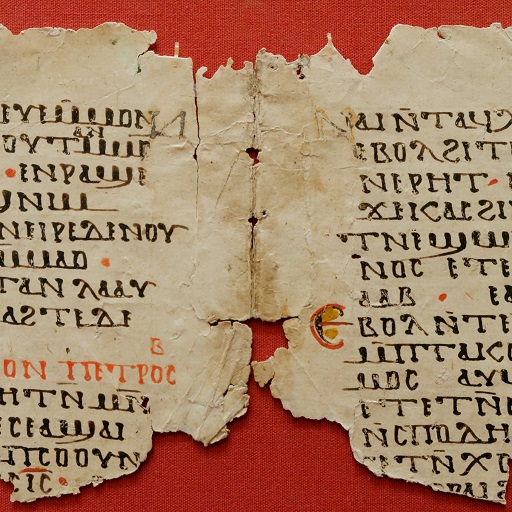 It's Time to Revive the Coptic Language

I myself reside on Tongva land, known today as Orange County, California. Through my work with community organizations that work in the Tongva space, I have been blown away by just how much the people are reclaiming their identities, their culture, and, most notably, their language.

For much of their history between colonization and current times, the Tongva language had stopped being spoken, relegated instead to “notebooks and papers collected by museums.” Sound familiar?

But then, a SoundCloud account uploaded an MP3 of Tongva pronunciation, and it started an entire movement. Today, Tongva is taught in a class in San Pedro, and many of its 2,000 members are re-learning the language of their ancestors.

Indeed, this is not even the first time a near-extinct language has been reborn from its ashes. One of the most popular examples of this is Hebrew. Hebrew’s revitalization has been so successful that many of you reading this may not know that up until the 19th century, Hebrew was not spoken as a conversational language. Instead, between 135 A.D. and 1881, Hebrew was used exclusively for “literature and prayer.” Again, sound familiar?

It seems like the time to revitalize our language is now. After all, Hebrew was revitalized during a time known as the “Jewish Enlightenment,” and indeed, many of us have noticed that we are going through a renaissance of our own (Read the Coptic Mom and Dad article on our Coptic Renaissance here and the Coptic Voice article here).

So, what is the next step? Luckily, language revival has been achieved enough times now that we don’t need to reinvent the wheel. Here are just a few of the steps we can take that has proved successful in the past:

There are Coptic-English-Arabic dictionaries in existence right now, but they are not for laypeople like myself, nor is it for the purposes of conversational use. Creating a dictionary that is easy to understand and is for the specific use of laypeople who don’t know all of the historical context behind linguistics and Coptic history is an imperative first step to language acquisition.

Rather than having one person create the dictionary, a language council composed of native Coptic speakers (there are very few in existence but they’re out there), linguisticians, historians, philologists, etc., should work together to create a comprehensive, functional language.

Unlike us adults, children soak up languages much easier than we do. So while we should try our best to learn now matter how old we are, we should also invest heavily in the next generation and ensure that they start speaking the language as early as possible.

It is not a renaissance if other people in your community don’t know that there is a renaissance. If this is something you are passionate about, then it’s time to speak with your friends, parish, and community to motivate them to participate and gain momentum.

When Hebrew was in its early stages of revival, there were clubs that would get together every while or so to speak exclusively in Hebrew, no exceptions. This would teach us to circumlocute and force us to adapt to conversing in the language.

Literature and the written word is essential to building both a culture and a language. This validates and legitimizes the Coptic language as a contemporary language, while also giving us ample opportunity to continue practicing.

So, what do you think? Is it time to start learning? What are some other steps we can take that are not listed here? With enough practice, dedication, and commitment, perhaps one day we can finally speak the language of our ancient Egyptian ancestors once more.

Marianne Melleka Boules is a nonprofit consultant living in Orange, California. In her free time, she likes to write, drink tea, and rock climb with her husband Tony.