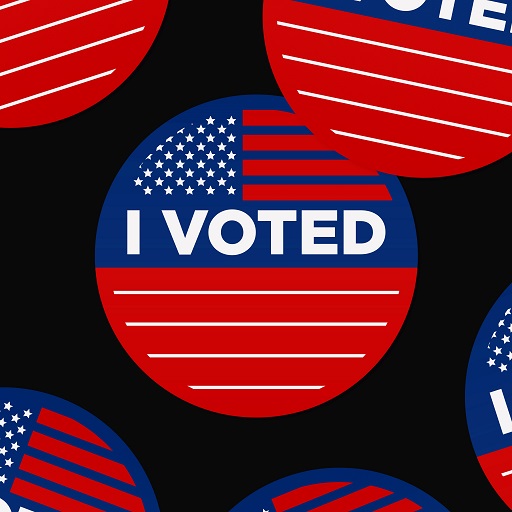 If you’re a Democratic Party elite, you would assume that American Copts would be a perfect demographic for you and your party. Copts are immigrants, they mostly hold white-collar jobs, they are largely highly educated, and the vast majority of them live in cities and their immediate suburbs.

So why can’t the Democratic party gain any traction with Copts?

Well, there are several reasons — some are simple ones like political stances, and others are more complicated, like not having the personnel that understands the community.

Whether the reasons are justified or not, the fact of the matter is that issues such as abortion and LGBTQ+ rights are prioritized over issues like climate change, gun control, and racial justice.

There are several reasons for this hierarchy in priorities.

As Copts are almost exclusively immigrants from Egypt, Libya, and Sudan, social issues that are taboo there—and frankly in almost all of the Middle East and North Africa (MENA)—have come to greet them in the US.

Therefore, aversions to specific issues are felt much more strongly than attractions to others. It is this emphasis on feelings of aversion that draw the majority of Copts to the GOP.

In this way, there is a confluence of attitudes between MENA immigrants and the Republican party towards the aspects of society that are deemed to be having negative effects on the “greater good”.

I hypothesize it is due to ingrained political and religious systems that are prevalent within the church and within Egyptian culture writ-large.

Egypt has gone through a repeating cycle of dictator-tyrant-despot. When a society is continuously oppressed under a president who has nearly absolute power, that president remains in power by painting any opposition as terrorists, disturbers of the peace, or any choice of a plethora of similar terms.

This framing of a singular way of life with everything and everyone else being an enemy of the state has a way of seeping into the collective consciousness of the people. This can be seen today in the US, with some people believing President Trump when he says the election was stolen from him.

This mindset, unfortunately, sometimes (and I emphasize sometimes) also seeps into the psyche of many church-goers, where there can be more emphasis placed on sins than on forgiveness and mercy.

It is this perspective—one that focuses on fear and a need for an iron grip on stability—that perpetuates these feelings. The GOP does a fantastic job of taking advantage of these feelings; not just with Copts, but with a very large swathe of Americans of all faiths and ethnicities.

As explained in the precursor post, conspiracy theories around individuals such as Hillary Clinton and Barack Obama give credence to everything the GOP argues and stands for. Again, this is by no means unique to Copts, as all kinds of people subscribe to these same conspiracy theories and perspectives. But it does underline that Copts are not a “special” group of people that are apart from the white majority. Which leads me to my next point:

The Democratic Party has a very real problem of painting broad groups of people with the same brush. To the very white-centric Democratic elite, all Arabs are the same, all Blacks are the same, all Latinx people are the same. It is a persistent and offensive problem that consistently befuddles and perplexes this white-centric elite. When someone like Kanye West or Lil Wayne comes out in support of Trump, they lose their minds and wonder how a Black person could do such a thing. When Latinx populations in parts of Florida and Texas vote for Trump, they react the same way.

It is no different for Copts. Through this extremely flawed and disrespectful lack of nuance that the Democratic Party gives to all groups of people who are not white, they alienate and demean those whose votes they should actually be working for, assuming that people of color are beholden to them.

This manifests itself in other ways as well.

Of some the resolutions and bills to come out in support of Copts in the last 20 years, most were sponsored by Republicans. In 2011, Democratic Senator Bob Menendez of New Jersey sponsored “S.Res. 22 (112th): A resolution condemning the New Year’s Day attack on the Coptic Christian community in Alexandria, Egypt and urging the Government of Egypt to fully investigate and prosecute the perpetrators of this heinous act.”

In 2000, Republican Florida Senator Connie Mack II sponsored a resolution for an independent investigation of police brutality which resulted in the murder of two Copts.

In 2000, Republican Florida Senator Connie Mack II sponsored a resolution for an independent investigation of police brutality which resulted in the murder of two Copts. 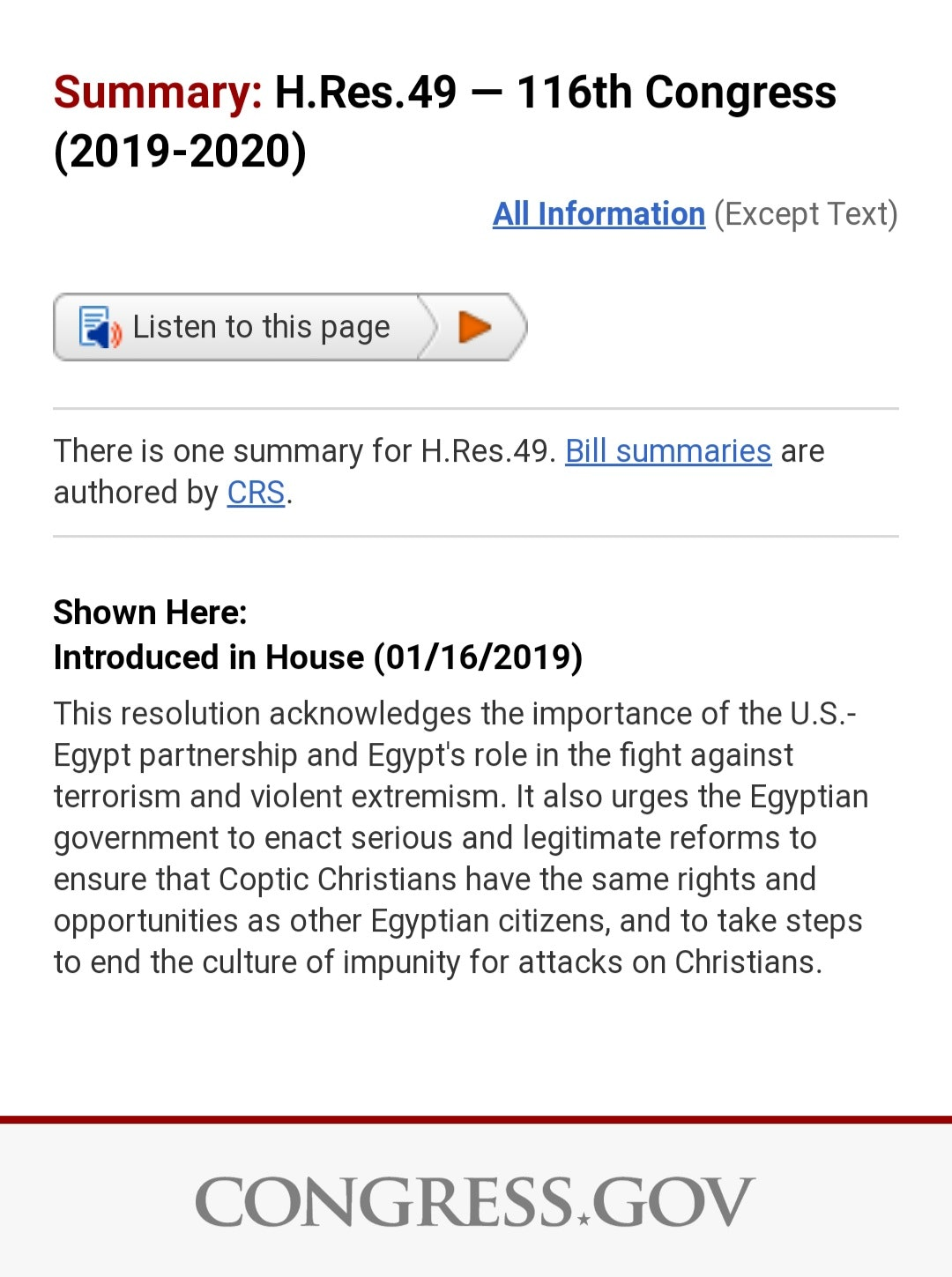 Sponsored by French Hill, Representative for Arkansas’s 2nd Congressional District. Republican. This resolution was introduced on January 16, 2019, in a previous session of Congress, but it did not receive a vote.

Combine that with the incorrect assumption that individuals like Hillary Clinton were openly backing sectarian and violent groups like the Muslim Brotherhood, and it is no surprise that most Copts have no interest in supporting a Democratic candidate.

In fact, these are the reasons why Hillary Clinton lost the election in 2016, and I would wager that if it were not for the coronavirus pandemic and the embarrassing and egregious way in which Trump handled it, Joe Biden also would have lost this election.

The problem here goes both ways. The Democratic Party must stop with the clumping into groups and lack of nuance with which they analyze things.

Which leads me to my next point:

Lack of Representation in Democratic Leadership

They can stop doing so by hiring more people of color into their party’s leadership.

They have been gradually doing this, and Joe Biden’s cabinet is in fact shaping up to be fairly diverse.

But it is not enough, and they will not win over groups like Copts if they have only white people making all of the outreach and marketing decisions.

(While the Republican Party has an even bigger problem with lack of diversity, the reasons stated above trump any diversity issues most Copts have.)

Part of this is, in fact, due to the vast majority of Copts going into fields like medicine, pharmacy, and engineering.

More Copts should, and must, build their careers in politics, and political elites must be more welcoming of new faces and voices if they want to gain traction in groups like the Copts.

Note: Reprinted with permission from the author.

Sam Fouad is a communications professional and journalist based in Washington, DC. He can be reached on Twitter at @_saf155.