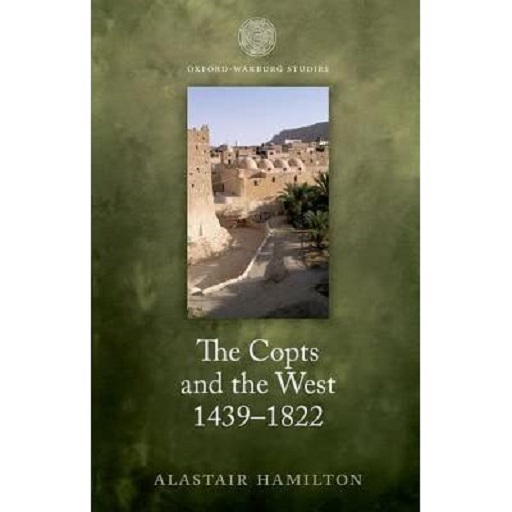 The book we are reviewing for March is The Copts and the West, 1439-1822: The European Discovery of the Egyptian Church by Alastair Hamilton. It narrates and analyzes the process of European scholars, adventurers, and missionaries discovering the Coptic Church. Its timeline is roughly equivalent to the start of the Reformation to Napoleon’s campaign in Egypt (specifically, the successful translation of the Rosetta stone, 20 years later).

As Europe was moving through the Reformation, then the Renaissance, and finally the Enlightenment periods, the process of discovering the ancient faith and language of the Copts took on a life of its own. First, as a battleground for the Reformation’s theological warfare; then, as a new land to evangelize to, and lastly, as a scientific curiosity to be discovered and brought back to Europe.

The story begins with the Council of Florence, where a Coptic delegation was invited to Europe to discuss a union with the Roman papacy: a new start to a relationship that only a generation or so witnessed. The sacking of Alexandria by the last Crusaders took place in 1365 AD – where soldiers answering to the same papacy (at least in theory), pillaged Coptic churches and massacred Christian and Muslim inhabitants of the city alike.

Inviting the Copts to that council was almost an afterthought. Constantinople was on the verge of falling to the Ottomans, and the Greek Church was eager to be reunited with Rome – a desperate measure to possibly save the city from the Turks. As such, the Papacy decided to send an invitation to all the other churches in the East – Coptic, Armenian, Ethiopian, Syrian and Maronite (who were already in communion with Rome).

In Cairo, the Coptic Church was also under immense pressure as the Mamluks’ reign was coming to an end. Pope John XI – optimistic about opening a peaceful line of communication with the West, accepted the invitation and sent one of the most senior monks in his retinue as his representative: the abbot of the monasteries of St. Anthony and St. Paul.

In Florence, as Alastair Hamilton put it: “Despite the delight of the Italians at receiving the exotic delegation, and the delegates’ own delight at Italian hospitality…communication with the Eastern visitors was extremely difficult.” Nonetheless, after almost half a year in Europe, the Coptic delegation signed a badly translated Arabic document of union where between their probable lack of formal education and the nonsensical translation – they had very little understanding of what they were signing.

Within a few years, Constantinople fell to the Ottomans anyway – and the prospect of union between Constantinople and Rome disappeared. Similarly, while union in Cairo was taken as a promise of mutual aid, peace between the churches, and continued discussion – Papal delegates arriving in Cairo continued to be shocked that the Coptic Church dismissed the idea that they accept the Council of Chalcedon or “submit” to the Pope.

And so, the first missions arrived in Egypt.

Those missions were quickly intensified in the context of the Reformation, as a way to win some of the interactable theological battles of that period. A battle between the Protestants and the Catholics over whatever the Ethiopians or the Copts were doing would be further proof of their cause. A protestant might say,  “Look at all these churches not submitting to the Pope, Rome must be wrong!” and in the same fashion, a Catholic might say, “Look at these ancient churches with their priesthood and sacrament; the Protestants must be wrong.” And so, the missionaries arrived with a thick lens of irrelevant issues to Copts. As expected, that first wave of missionaries ended up a resounding failure.

The Catholic missionaries spent an extraordinary amount of ink arguing amongst each other over whether the Copts are heretics or schismatics and trying to explain purgatory to successive Coptic popes, who diplomatically nodded and smiled throughout the series of lectures offered to them on something that they never heard of. Likewise, the Protestants’ missions ended up quickly into a stepping stone to go to Ethiopia or a way to acquire manuscripts for the scholars in Europe.

After almost 300 years or so of successive waves, “By 1750 there cannot have been more than about 1,300 Coptic converts to Catholicism in the whole of Egypt—Cairo, Alexandria, the Nile Delta, the Fayyum, and Upper Egypt'' – with most of these driven by the conversion of one bishop in Girga in Upper Egypt. In the same manner, the Protestants’ converts could be counted by hand – mostly servants and friends of foreign diplomats.

However, if the missions failed – the scholarly work had succeeded immensely. Invaluable Coptic manuscripts were systemically sold (or so it was claimed) to those European missionaries who brought them back to Europe to be preserved, studied and analyzed. The Coptic language was systematically studied again, with dictionaries and grammar books published for the first time after a 500-year silence. A successive period of gradual knowledge accumulated that shed light on Coptic history, theology, art, and culture.

Throughout the book, one theme emerges in that process of discovery. The Europeans, for the most part, saw the process of discovery as bringing light to those who were living in darkness which consistently led to failure. In the scholarship realm, despite the eventual success – the same theme is also present.

For example, all kinds of theories are proposed on the origin of the Copts and the Coptic language before finally accepting that they are the indigenous population of Egypt with extreme reluctance. Similarly, the process of deciphering Coptic, despite dozens of manuscripts in Coptic and Arabic side by side and Arabic being a living language – was extremely slow and filled with errors. It was only when Athanasius Kircher started at the extreme position that Coptic was a child of hieroglyphics (correct), and gave birth to Greek (incorrect, but close), and Chinese (widely incorrect) that major advances were made in deciphering it.

Overall, the book per the admission of its author is really more about Europe than the Copts. As he puts it, “The European discovery of the Copts tells us much more about the Europeans than about the Copts, and my book is fundamentally Eurocentric.” It can be quite academic at times, and inaccessible to a lot of readers. Further, it barely mentions the Coptic reaction to specific events – and the Copts stand as mere passive observers to history as it moves. It is a useful book to understand the context of missionaries in Egypt, but unfortunately with little participation of the Copts themselves.

Note about our book review pieces:

These books are meant to be a good entry point to learn more about the Copts. Our goal is to highlight books that are easily accessible, easy to read, and that shine a light on the Copts and their issues. If you would like to contribute, please contact us at copticvoiceus@gmail.com.

To support Coptic Voice, consider using our affiliate link to purchase this book. We get a referral fee on every purchase which is used to support our operations. Coptic Voice is a non-profit, non-partisan, non-governmental 501(c) 3 organization dedicated to building a global Coptic identity through community dialogue, education, and political empowerment.

Jonathan Adly is the treasurer of Coptic Voice's Board of Directors. He is also the organization's head of Podcasts and Media. He was part of the founding team of Coptic Voice and led the production of the History of the Copts Podcast. He wears many hats depending on what needs to be done. Developer, Pharmacist, Marketer, Podcaster. Jack of all trades, master of a few. Formally, he holds a PharmD degree with a post-doctoral training and an MBA in marketing. Currently, he is working as a hospital administrator while assisting in running https://joyful.gifts/. An automated gifting platform.